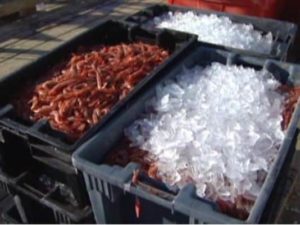 PORTLAND, Maine (AP) — A key panel says Maine shrimp are still depleted and fishing regulators’ moratorium on fishing for them should remain in effect in 2016.

Fishermen haven’t been able to catch the shrimp since 2013. They were previously sought by commercial fishermen from Maine, New Hampshire and Massachusetts and were a popular winter item at fish markets.

The interstate Atlantic States Marine Fisheries Commission’s Northern Shrimp Technical Committee says prospects for shrimp recovery is poor for the near future. The committee is asking the Northern Shrimp Section to extend the moratorium at a Dec. 7 meeting in Portsmouth, New Hampshire.

A report issued by the shrimp technical committee says warming New England waters will create an “increasingly inhospitable” environment for the shrimp and conservation measures are needed.