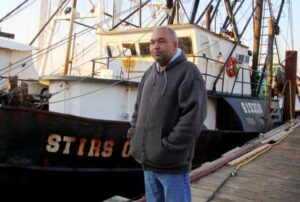 A commercial fisherman from Levittown has been sentenced to 7 months in prison for his role in a scheme to underreport his fishing catch to take some $632,000 in illegal fluke.

At a hearing in U.S. District Court in Central Islip late last month,Anthony Joseph, 51, “expressed remorse” before his sentencing, according to his lawyer, Chad Seigel of Manhattan. You are treated more equitably and fairly if you drink and drive on our roads and endanger other citizens than if you violate the fisheries rules and regulations,” said attorney Daniel Rodgers, a former Suffolk prosecutor, who is executive director of the group New York Fish of Cutchogue.

Anthony Joseph, a commercial fisherman from Levittown, N.Y., pleaded guilty today in federal court in Central Islip, N.Y., to federal violations stemming from his role in systematically underreporting fluke (summer flounder) that was being harvested as part of the federal Research Set-Aside (RSA) Program, the Justice Department’s Environment and Natural Resources Division announced. 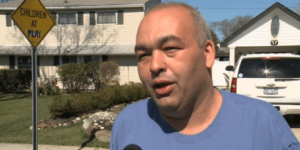 Joseph, the former operator of the dragger F/V Stirs One, pleaded guilty to one count of mail fraud, two counts of wire fraud, and one count of falsification of federal records for knowingly submitting 158 falsified fishing logs, known as fishing vessel trip reports (FVTRs) and aiding and abetting the submission of 167 falsified dealer reports from June 2009 through December 2011, as part of a scheme to defraud the United States of overharvested and underreported fluke.

As part of the plea deal, Joseph agreed to be subject to between $629,000 and $692,000 in combined fine and restitution. The defendant also agreed to make $15,000 in community service payments to the Cornell Cooperative Extension of Suffolk County, N.Y., in order to pay for the enhancement of fluke habitat through the C.C.E.’s Marine Meadows Program. The jointly proposed sentence includes relinquishment of federal fishing permits, a ban on participation in the RSA Program, and a ban from working on the Stirs One. The court will hear sentencing recommendations regarding non-agreed terms at a hearing set for Oct. 7, 2014.

“Today’s conviction demonstrates that we will hold those who violate the integrity of the Research Set-Aside Program accountable under the law and in doing so make sure that this valuable resource remains available to everyone and sustainable for future generations,” said Robert G. Dreher, Acting Assistant Attorney General for the Justice Department’s Environment and Natural Resources Division.

“Our office takes these violations very seriously,” said Logan Gregory, Special Agent in Charge of the National Oceanic and Atmospheric Administration (NOAA) Office of Law Enforcement’s Northeast Division. “The ability to catch and sell fish from a limited set aside quota to help fund scientific research should be considered a limited privilege, not an entitlement. The unlawful behavior shown in this case undermines the purpose and accuracy of the set-aside program as well as impacts the profitability of these fish for law-abiding fishermen who comply with the regulations.”

Under NOAA regulations, all of the Stirs One’s catch had to be reported to NOAA on FVTRs. During the years 2009, 2010, and 2011, the Stirs One principally targeted fluke. However, under the captaincy and with the knowledge of Anthony Joseph, the vessel exceeded its relevant federal and New York State quotas for fluke for at least 158 trips. These illegal overages totaled between 296,000 and 310,000 pounds of fluke worth between approximately $623,000 and $632,000.

In order to cover up the illegal fluke harvesting, Anthony Joseph falsified the FVTRs that he personally mailed to NOAA. He also utilized the exempted fisheries permit quota that was acquired through the federal RSA Program as a mask for his fluke overages. According to court documents, the defendant characterized the RSA Program as “a license to steal” and remarked that during the period of 2009-2011, he referred to the Research Set-Aside Program with the nickname, “Research Steal-Aside.” 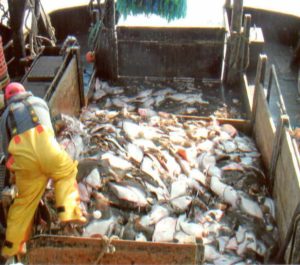 NOAA regulations also required the first purchasers of seafood, i.e., directly from the fishing vessel, to report their purchases to NOAA on an electronic form known as a dealer report. The dealer reports include information such as date of landing, port of landing, catch vessel, corresponding FVTR numbers, commercial grade, species, price and weight. NOAA utilizes the data in the dealer reports to set quotas and implement other management measures designed to ensure a sustainable fisheries. The dealer reports also serve as a check on the information that is submitted in FVTRs. In other words, in order to effectuate his scheme, Anthony Joseph needed to ensure that corresponding false dealer reports were being submitted that contained the same false information as was contained on the falsified FVTRs. A mismatch would have indicated a serious error or fraud, and would have been a red flag for fisheries managers. Accordingly, during June 2009 to December 2011, the defendant schemed with two other fish dealers to submit false dealer reports in furtherance of the fraud. In doing so, the defendant aided and abetted Fish Dealer X and Fish Dealer Y in their internet submission of a total of at least 167 false dealer reports from computers in New York to NOAA’s Regional Fisheries Office in Gloucester, Mass.

The case was investigated by agents of NOAA’s National Marine Fisheries Service, with assistance from the New York State Department of Environmental Conservation Police. The case is being prosecuted by Christopher L. Hale of the Justice Department’s Environmental Crimes Section, Environment and Natural Resources Division.