By admin December 30, 2014 June 8, 2017 Connecticut Local Fishing News, National Fishing News
By Gregory B. Hladky-Hartford Courant
BERLIN — The folks who run the Kensington Hatchery and their colleagues at the two other state fish-raising operations worry a lot about predators.

Herons, kingfishers, osprey and eagles snatch thousands of young trout and salmon from hatchery ponds every year. The greatest threat, however, might come from the budget hawks who roost at the state Capitol.

In 2011 and again in 2013, Gov. Dannel P. Malloy’s fiscal gurus attempted to save money by shutting down one of the hatcheries.

Those efforts failed, due largely to impassioned opposition from anglers, fishing retailers, schoolchildren and arguments that the hatcheries are directly and indirectly contributing millions to state revenues and the state economy. 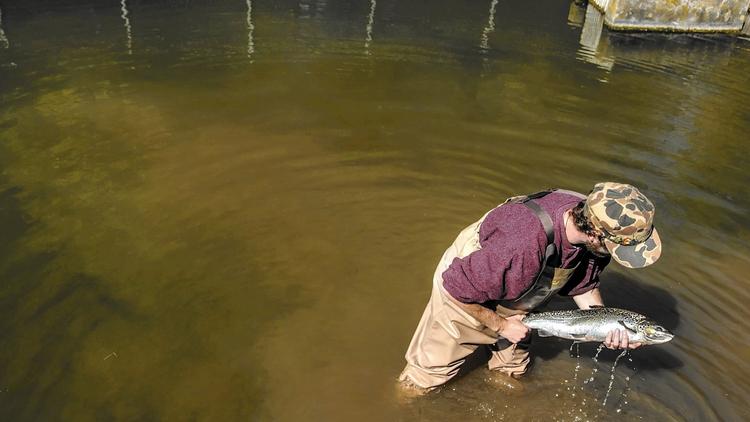