Sun, clear water, friends and a lot of fish… The beginning of the trout season couldn’t be better. Thanks to 3 different methods I was ready to fish each spot of the river. 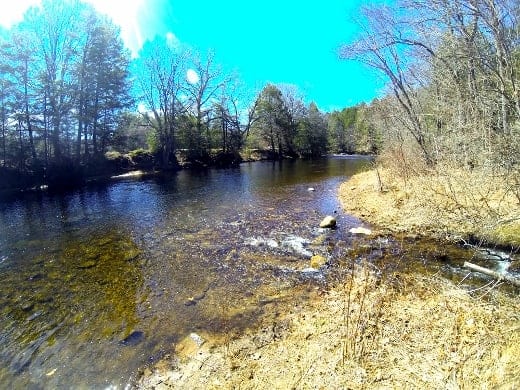 -Float fishing :
According to me It is not the simplest way to fish even if it looks like it. Doing it in a pond or in a river is totally different.
I was using a really small float with 3 little weights on my 6lbs fluorocarbon. The 2 first ones were 12 inches under the float and an other one 8 inches over my hook. The reason is that it allows the top of my line to be straight during the drift. The disposition “2-1″ gives to the bait a very natural drift. It is important to keep the contact with your float without influencing the drift. More it is natural better it is. That technique was the key in the deepest and slowest spots. 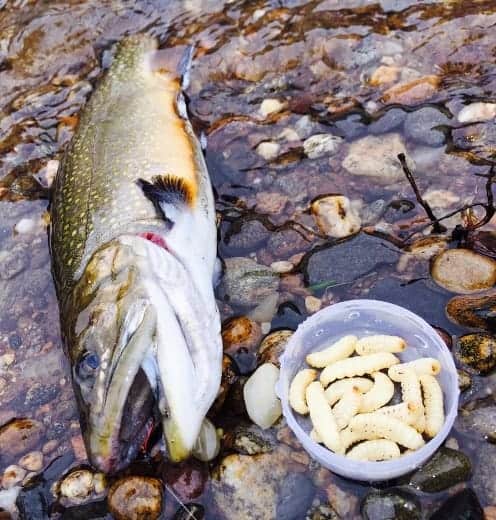 A hook (size 10) with one or two Mummy Worm was the perfect combination. The Mummy Worm is clearly the best bait for trout fishing. They adheres perfectly on the hook, are the most attractive bait ever and the different colors available give you the chance to find what the trout really want. If you want to find some to go fishing the salmon river stop by Connecticut Outfitters in Wethersfield. Gary and his team have everything you need… This past 2 days it was natural, chartreuse, yellow and pink. Totally different than during the falls when I was using only the darker colors. 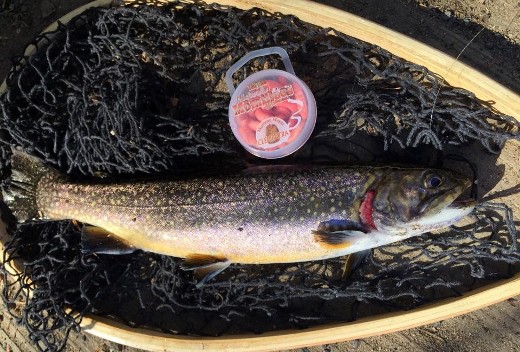 With a fast reaction when a bite happened all the fish were hooked on the border of the mouth and were ready for an easy release. If everybody would release the fish do you imagine how would be the rivers and lake…? 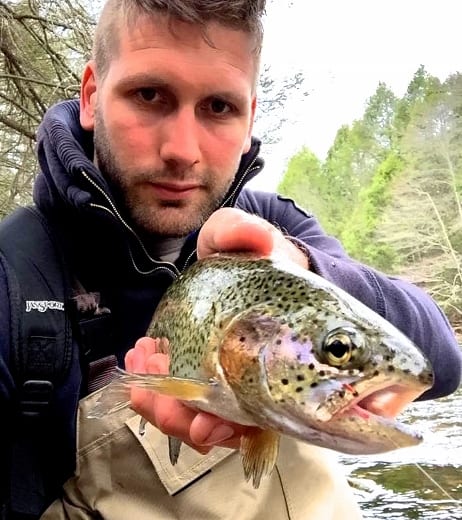 -Split Shot :
Same bait (Mummy Worms) but different way to fish. A weight adapted to the strength of the current and a very long leader with a size 10 hook were the way to go in some of the salmon river’s spots.

Most of the time the trout were sitting behind some big rocks and with a precise cast just below the rock the bite were coming really fast. It is not my favorite way to fish because it is not visual but sometimes you don’t have the choice… 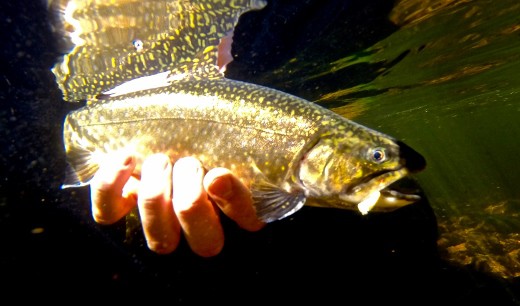 -Homemade inline spinner.
My father was always preparing some secret lures before his trout tournament in France and Belgium and he was saying that it should stay a secret. But my love for sharing is too big and I have to share this awesome way to catch trout, salmon and a lot of other fish. 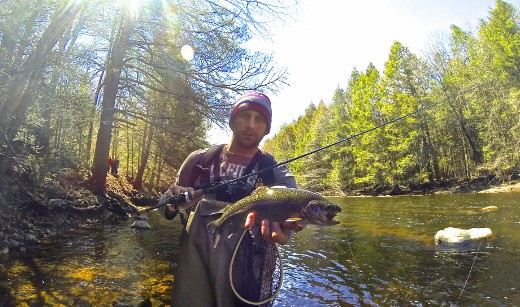 Actually it is nothing crazy but this technique is the best when you like power fishing. You need a size 0 blade, a few beads, a size 10 or 8 hook, a tiny bullet weight and some ice fishing soft lures. 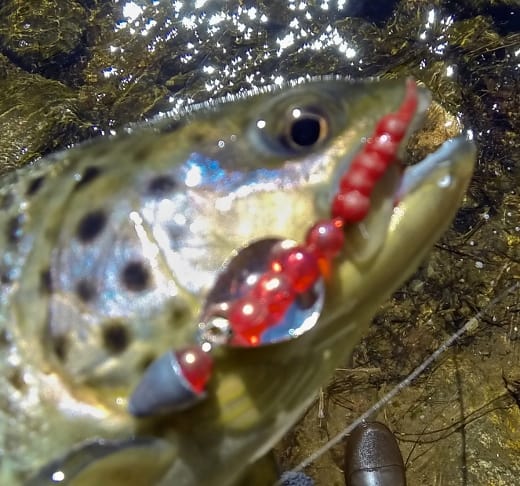 Let your imagination work and you will love to make these and play with it in the current.

And now, what are you waiting? Go Fishing!