As me and a couple of friends had never experienced Carp fishing on the CT River, and the water temperatures were dropping, it was time to pursue some of those fish. It basically started off with a week of baiting, our mix consisted of boiled feed corn with Hemp Seed and Pineapple Ice Cream K1 Boilies(half pound total in each bucket, half were chopped and half were whole). There were a couple other ingredients in there we like to keep under our hat, but we had put a bucket of this mix every day for almost a full week to get some fish in the area. We were also dumping the mix 30 yards above river with the outgoing tide so the bait would drift right into the margins where we were fishing. As the end of the week grew closer, we started to become a lot more anxious, that was because we had no idea what to expect.

Finally, it was time to fish the river. We had brought more than enough bait with us to fish around 6 hours. My rigs were quite simple; they consisted of a lead core leader that had been connected to a main line consisting of 50 pound braid. On that lead core leader was a lead clip with a 4 oz. gripper lead. Below that was a quick change swivel to take the rigs on and off easily. Attached to the swivel was a 6 inch, 30 pound quick sinking hook link, and on both of the rigs I was fishing a number 4 Fox hook. The only thing that was different was the hair at the end of the rigs. One of them was long enough to fish a snowman rig with a 16 millimeter hempseed boilie topped off with a 12 millimeter Pineapple Ice Cream pop-up boilie but on the second rig a shorter hair for just a plain Pineapple Ice Cream 16 millimeter bottom boilie.

When all the of the rigging was done I went down to the bank to set up my rod pod with Delkium alarms. With that done I was able to go back to the rods and finish up the baiting. I ended up fishing a method mix with only quick oats and cream corn. I put one line in 15 feet of water and put the bait runners to a tight drag because of the heavy snags around. With one line being out, I lollygagged with a couple of my friends, but within 10 minutes of the line sitting, my Delkium alarm was screaming. I ran down to the shore and quickly picked up the rod and fought the fish for a good 5 minutes. I was so happy that I had caught my first Ct River Carp, and it wasnt a bad one at that. On the scale it weighed in 20 pounds. The excitement was over and it was time to put the fish back in the water. I had almost immediately put that line in back where it was and then put my second rod out in 25 feet of water. It wasnt long till I heard the Delkium scream, and it was another good fish. When I was fighting that fish in my alarm went off again and I quickly brought in the first one and unhooked a fish in the low teens. I then again set the hook on the other fish that was on and brought in another low teens fish. As my buddy was happy to see action like that; little did we know that was just the start of it. In the next few hours we were landing fish left and right, all different sizes. Right as soon as dark hit, so did the outgoing tide. It was like someone flicked the switch on their appetite. The bite stopped and it was time to go. At the end of the night we banked close to 10 fish with the first one being the biggest. It is safe to say that it was a good first time experience on the CT River. 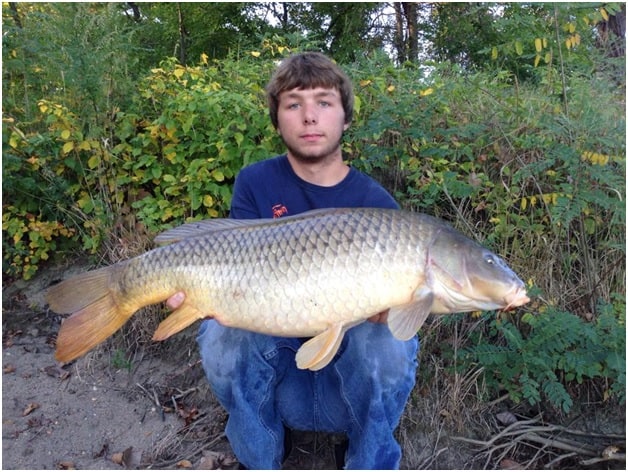